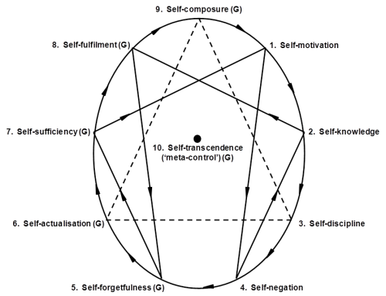 Life, it is (too) often said, is a journey. A journey made up of a thousand and one smaller journeys. Some of them unique to us, and some of them embarked upon by every other person on the planet at a certain moment in their life. The Road To True Professionalism relates to some of the most important of these every-man journeys, albeit some that (as Edward Matchett reveals in the book) most people never get to the end of.

The book has been out of print for nearly a decade now, yet the messages and advice it contains are both universal and timeless. And especially relevant in a world where change happens at an ever increasing rate – or so it feels to most of us. Matchett’s mistake (as far as marketing goes) was a refusal to frame his message to suit the fashions and fads of his day. Our job in the workshop is to try and do that for him. As we have seen with the evolution of our Systematic Innovation Methodology in the last decade, there are no shortcuts in the world of innovation. Like any form of genuine change, true innovation demands that we do what is necessary rather than what appears easiest. The path of least resistance is a path that ultimately leads nowhere. The roadblock is the road. The roadblock is the fight for meaning. And meaning is the only steady compass we can use that really allows us to chart the courses of our life. The workshop will – as with all of our programmes – be full of hands-on experiences interspersed with the key elements of Edward Matchett’s findings. It is a must-see for anyone interested in getting the most out of the way in which they think and work.

It will be of particular interest to anyone interested in the work of Maslow, Graves, Beck/Cowan et al since, in many ways, Matchett was a world ahead of all of these and the other psychology thought leaders of the 20th Century. In many ways Matchett was ahead of his time. We think –finally – the world has begun to catch up with where Matchett’s work reached. Now is your chance to be the first to explore Matchett’s life-changing findings in their 21st Century Context.

This product hasn't received any reviews yet. Be the first to review this product!