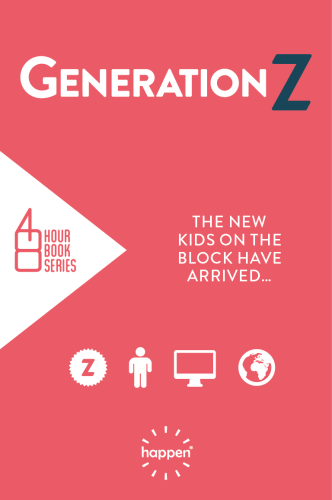 Sorry but this item is currently unavailable.

Please check back at a later stage.

Generation Z are an emerging new generation of kids, born after 2001. The oldest of them is just about enter adolescence and their teenage years, so now is the perfect time to think about what they’re like, and who they’re likely to become.

This book has been written as a collaborative piece pulling first hand research direct from the mouths of over 4,500 people within this generational cycle and connecting opinion leaders from across society including the police, social workers, teachers, nurses, care workers, technology experts and parents as well as speaking directly with generation Gen Z kids from 15 different countries themselves. The book explores the trends and patterns that will drive the behaviours and attitudes of a generation which is about to come on stream in the public psyche, as they become consumers, future voters, employees, employers and parents. It also considers the influence of Gen X, Y and Baby Boomers have had on this new generation, how have all influenced their development and their feelings about the future

This product hasn't received any reviews yet. Be the first to review this product!